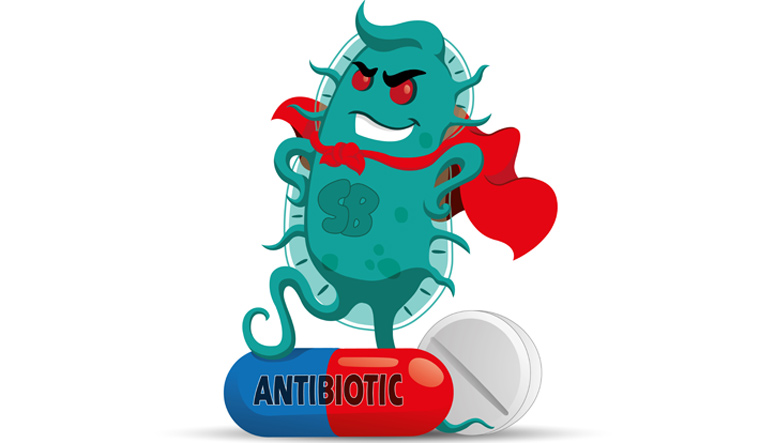 However, microbes can develop the ability to resist the effects of antibiotics that once could successfully treat it. Antibiotic resistance is very big threats to global health and can affect anyone regardless of age, sex, or race.

Although antibiotic resistance can occur naturally, its misuse in humans and animals is accelerating the process and as such, growing number of infections – such as pneumonia, tuberculosis, gonorrhoea, and salmonellosis – are becoming harder to treat as the antibiotics used to treat them become less effective.

The resultant effect is that hospital stay is prolonged, medical cost increases and there is increased mortality even from infective processed that otherwise are considered mild

Many advancement in modern medicine such as joint replacements, organ transplants, and cancer therapy are at risk of failure if antibiotic resistance continues scaling up. These procedures have significant risk of infection, and patients won’t be able to receive them if the effectiveness of antibiotics are compromised through development of antimicrobial resistance by infective organisms

There are many ways through which microbes develop resistance to antibiotics (antimicrobials), however that enunciated by the United State’s National Institute For Allergy and Infectious diseases as described below, aptly captures it.

Bacteria like other microbes such as viruses, fungi, and parasites, are living organisms that evolve over time. Their primary function is to reproduce, thrive, and spread quickly and efficiently. Therefore, microbes adapt to their environments and change in ways that ensure their survival. If something stops their ability to grow, such as an antimicrobial, genetic changes can occur that enable the microbe to survive. This can happen in several ways such as described below;

Selective Pressure – Following administration of antibiotics, bacteria are either killed or, if they carry resistance genes, survive. These survivors will replicate, and their progeny will quickly become the dominant type throughout the microbial population.

Mutation – Most microbes reproduce by dividing every few hours, allowing them to evolve rapidly and adapt quickly to new environmental conditions. During replication, mutations arise and some of these mutations may help an individual microbe survive exposure to an antimicrobial.

Societal Pressures – The use of antimicrobials, even when used appropriately, creates a selective pressure for resistant organisms. However, there are additional societal pressures that act to accelerate the increase of antimicrobial resistance.

Inappropriate Use – Selection of resistant microorganisms is exacerbated by inappropriate use of antimicrobials. Sometimes healthcare providers will prescribe antimicrobials inappropriately, wishing to placate an insistent patient who has a viral infection or an as-yet undiagnosed condition.

Inadequate Diagnostics – More often, healthcare providers must use incomplete or imperfect information to diagnose an infection and thus prescribe an antimicrobial just-in-case or prescribe a broad-spectrum antimicrobial when a specific antibiotic might be better. These situations contribute to selective pressure and accelerate antimicrobial resistance.

Agricultural Use – Scientists also believe that the practice of adding antibiotics to agricultural feed promotes drug resistance. More than half of the antibiotics produced in the United States are used for agricultural purposes.1, 2 However, there is still much debate about whether drug-resistant microbes in animals pose a significant public health burden.

HOW TO PREVENT ANTIBIOTIC RESISTANCE

Protect themselves and family from antibiotic resistance by

– doing the best to stay healthy and keep others healthy,

– staying home when sick, and

– getting recommended vaccines, such as the flu vaccine.

Taking antibiotics only when they are needed is an important way you can protect yourself and your family from antibiotic resistance. Talk to your doctor about the best treatment if you are sick. Never pressure your doctor to prescribe an antibiotic.

If your doctor decides an antibiotic is the best treatment when you are sick:

GET A COPY OF SSPOILERS WITHIN

YOU ARE UNIQUE IN A BEAUTIFUL WAY; LET NO ONE TELL YOU OTHERWISE Dismiss